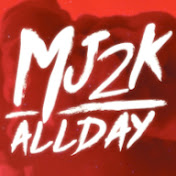 Check Out NordVPN here: https://nordvpn.com/mj2k
to get 75% off a 3 year plan and use code MJ2K for an extra month for free! #Lonzo
#NBA
Lonzo Ball has a problem that’s hurting him in the NBA. Second Channel- https://www.youtube.com/channel/UCZWA...
Instagram- @MJ2K_ALLDAY Twitter- @mj2kallday The world was expected from Lonzo Ball, he was declared the face of the Lakers before even playing a single game. And for a brief moment, it felt like Lonzo could deliver as he had done in college, but then what happened? We’ve seen Lonzo change programs everywhere he has been. Chino Hills High school was a no name high school and then they became 2 time state champions along with an undefeated season. He moved on to UCLA, a historically great program, but were coming off a season in which they went 15-17 and missed the tournament. Add Lonzo Ball to that program, and UCLA goes on to have a 31-4 record. In fact, he was making 41% of his 3s with this form, the same form that has led him to these shots. The question with Lonzo’s jumpshot wasn’t whether it could go in, the question was whether he could actually get it off and not get blocked. That hasn’t been a problem, Having a shot in today’s NBA means a lot, De’Aaron Fox added a 3 point shot and his whole game opened up, letting Fox become one of the better playmakers in the game today. As his 3 point percentage jumped from 31% to 37%, his assists went up from 4.4 to 7.3. However, without a jumpshot, defenses started to sag. When they started to sag, it was hard for Lonzo to drive and draw more attention since the defender was already down. This meant that by simply not having the threat of a jumpshot, Lonzo’s passing was shut down. This whole process wasn’t overnight or happening for one game. It happened for a stretch of games early in Lonzo’s rookie season, a trickle-down effect for his missing jumpshot, but the real question is, what happened to Lonzo’s jumpshot? Let’s fast forward to Lonzo’s two seasons in the NBA. Lonzo’s mom has a serious, almost fatal stroke in February of 2017, a month prior to his loss in the tournament. Lonzo was shaken up by this as reports say that he was visibly in a panic when he found out. His mom is still currently going to therapy for her speech and motor movements. LiAngelo gets arrested in China within Lonzo’s first month of playing in the NBA. The prison sentence for his crime was 3-10 years with a 99.9% conviction rate. Luke Walton inconsistently used Lonzo in 4th quarters and LaVar Ball made the statement that no one wants to play for Luke, putting Lonzo in an awkward spot of having to answer for his dad’s statements. Lonzo was already getting bombarded by the media as one of the most hyped up prospects, now he had to answer to his teammates. It seemed as if In the 2018 offseason, Lonzo was already in trade talks, it had only been one season and his averages of 10.2 points, 7.2 assists, and 6.9 rebounds weren’t bad at all. He had become the youngest player ever to have a triple double and there were flashes of greatness, along with 36% from the field and 30% from 3. Lonzo was injured in the offseason and he also had his first daughter with his long time girlfriend Denise Garcia, but soon after, that they break up. Remember that Lonzo has been with Denise for over 4 years. As the new exciting season is starting as Lonzo Ball is about the play with his idol LeBron James, Denise Garcia calls Lonzo Ball a deadbeat father on IG on October 4th and then starts demanding $30K in child support for their daughter. Lonzo is only 21 years old. While Lonzo is trying to handle all that, the season starts. And then in about 2 and a half months into the season, the Lakers are engaged in serious trade talks with the Pelicans for Anthony Davis. Lonzo’s name is once again mentioned as part of multiple trade options. During this time, Lonzo had gotten slightly better from 3, and in 13 games without LeBron, he shot 37% from 3. Now Lonzo’s on the Pelicans. He had so many off-court family issues, from his mother almost dying, to his brother possibly getting arrested, to breaking up with his longtime girlfriend, being called a deadbeat dad, to his long time family friend stealing money from him, and all these issues don’t even mention LaVar Ball or the mismanagement and distrust by the Lakers. Luke Walton also wasn’t the right coach for him. LSo the real problem with Lonzo Ball was his off-court issues. I think that Lonzo can play well in New Orleans. Apart from his shooting, Lonzo did everything else really well, but he just didn’t live up to the hype. I’m excited to see what Lonzo Ball can do this season. But what do you think? How will Lonzo play this season?
Continue:

NBA "That Was Iconic" MOMENTS

What They Don't Want To Tell You About Lamelo Ball

Most HEATED Moments of the Last 3 NBA Seasons! Part 8

4 Moments That Changed The NBA Forever

i randomly traded every team’s best player and the ending will blow your mind...

Most HEATED Moments of the Last 3 NBA Seasons! Part 1

What You DON'T Know About The Lillard & Westbrook NBA Rivalry (Ft. Playoffs, Trash Talk, & The Shot)