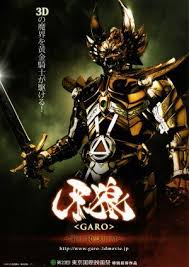 Following on from Garo and Garo: Red Requiem Makai Senki follows the continuing adventures of Kouga Saezima as he is promoted to being the Makai Knight to the Senate and how he tries to avoid an untimely demise after being marked by the Seal of Destruction by the series antagonist. Unlike the previous series, several episodes focus solely on Rei. Subplots to the series concern Kouga's slow-boiling romantic relationship with Kaoru who is trying to get her first picture book published while Kouga tries to keep his seal a secret from her, Rei/Zero having also been marked with the seal and a possible resurgence in his friendly rivalry with Kouga, and the identity of the series antagonist, a red-masked Makai Priest who "seals" Kouga and Rei as part of his effort to destroy all of the Makai Knights and make the Priests dominant again. Also introduced is the Makai Senate, which heads the Makai order and therefore over-rules the Watchdogs shown in the previous series. The senate includes Grace, a high ranking Makai Priestess and gives out orders in place of the Watchdogs and Kouga's new partner Reo Fudō, a kind hearted Makai Priest and creator of the Gouryu previously seen in the film Red Requiem. Reo is also seen to be troubled by memories of a woman (known as Mio) from his past, whom Kaoru reminds him of.

That Time I Got Reincarnated as a Slime OVA

Usagichan, It's my rabbit and it's Cue!

Baka to Test to Shoukanjuu

Tayutama: Kiss on My Deity

Nanatsu no Taizai: Ban no Bangai-hen