The Joseon version of a Chaser about a medical practitioner who struggles to save his daughter from a terminal illness while being caught up in a plot to poison King Injong. Royal Physician Choi Won, who works for the royal family, becomes involved with the plot to poision King Injong and is now a fugitive. He tries to save his daughter Choi Rang, who has an incurable disease. Choi Won has raised his daughter alone since his wife passed away. Hong Da In is the nurse who’s in love with him. Meanwhile, Lee Jung Hwan is the Euigeumbu detective who’s the one to capture him and he get help from bandit’s daughter, So Baek while he is a fugitive. Crown Prince Lee Ho is the suspicious crown prince who ends up thinking he was betrayed by the one person he trusted in the world.

The Princess Comes Across 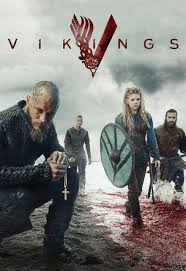 The Joseon Romantic-Comedy Tale of Nok-Du

The Empress of China

The Legend of Young Justice Bao

The Man Who Became King