The early years of legendary Tai Chi Master Zhang Jun Bao are vividly realized in this stirring 40-episode epic series. On the advice of a fortuneteller, the superstitious Zhang family sent their newborn son Bao to a Buddhist monastery. Bao subsequently became a superb martial artist by the time he turned 18. Troubled by the treacherous rebellion from the prime minister, Bao joined his fellow fighter Tian to rescue the righteous General Yue Fei from a deadly coup. Thus begins a series of daring adventures and martial arts challenges that will eventually lead to the founding of the famous Wu Tang School.

The Sword Stained With Royal Blood

The Legend Of Zu

Mystery of the Twin Swords II

The Heaven Sword and Dragon Saber

Legend of the Condor Heroes 2003

Relying On Heaven To Slaughter Dragons

The Buddhism Palm Strikes Back

The Duke Of Mount Deer 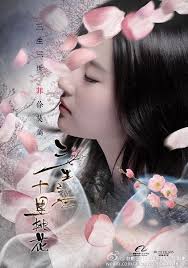 Return of the Condor Heroes

The Divine Condor And His Companion

Legend Of The Condor Heroes

Laughing in the Wind

The Romance Of The Condor Heroes

The Return of the Condor Heroes