Season 2 of this global thriller picks up right where it left off, with Jamie (Kristen Connolly) missing and the team in search of a leopard cub that may hold the key to curing the animal mutation. Meanwhile, the behavior of the animals has escalated and they've started to destroy infrastructure in an attempt to make the environment of the planet uninhabitable for humans. The group dynamic changes with the addition of Dariela (Alyssa Diaz), a strong-willed Army soldier whose unit came across a disturbing new development. Tensions rise as the team comes across a mysterious stranger named Logan (Josh Salatin) and Jackson (James Wolk) begins to experience abnormal symptoms. Also starring Billy Burke, Nora Arnezeder and Nonso Anozie.

Into the Badlands Season 2 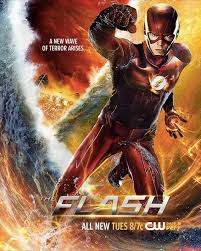